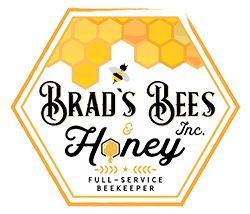 Is My Queen Laying?

The period of time between the emergence of a virgin queen and the presence of a brood can feel like watching water boil. If you have recently caught a swarm, ordered a package, or requeened, you may be wondering: Was my queen successful?

When a new queen is born or a virgin queen introduced to a hive, she must first take her mating flight. During this flight, the queen will mate with on average 10 lucky drones (who, in their greatest act of bravery, die in the process). The polygamous mating allows for the diversification of genes within a hive, encouraging a greater chance of success for the colony.

There are three types of mating flights’:

After returning to the hive, the queen will begin her laying process. A new queen has not yet mastered the art —  She may accidentally lay two eggs in one cell, or the pattern may not be organized. Don’t worry; she will get the hang of it eventually. If you’re worried about your brood pattern, visit our article about healthy and unhealthy patterns to learn more.

Signs of a successful queen include the presence of eggs, larva, and capped brood in the brood chamber. Below, please find a picture identifying all three:

The small ‘sticks’ inside of the cell are eggs. A single egg is a good sign. Next, the egg will turn to larva – resembling a small worm in the shape of a ‘c’. Finally, you will see capped brood. The presence of all three means that your queen has successfully mated and your colony growing. Congratulations!

Beekeepers are encouraged not to disturb the hive for 3-4 weeks after a virgin queen has emerged to allow a healthy brood-rearing process.

If you do not see any eggs, larva, or capped brood after 3-4 weeks, it is likely your queen did not return from her mating flight. First, look for capped queen cells in the hive – indicative of a natural, emergency replacement queen. If an emergency queen cell is present, consider allowing for a natural replacement process. Note, the timing of the replacement queen is important, as honeybees live for 6 weeks, and you must have nurse bees present to take care of the brood. If an emergency queen cell is not present, replace it with a mated queen immediately. Replacing with an already mated queen is critical to ensure the existing worker bees survive long enough to care for your new brood. 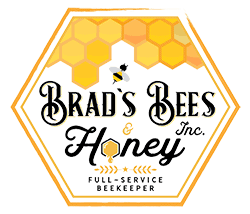